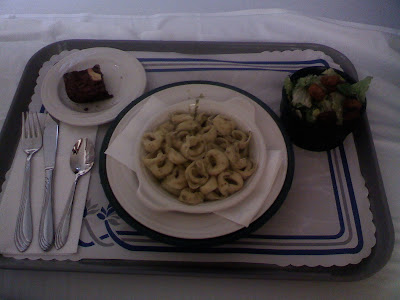 Zzzzzzzz, zzzzzzzz…all I want to do is sleep right now. Poor Kim who drove in to sit with me in the hospital has me SLEEPING thw whole time.

Guess I need it. Don’t think I’ve slept this much during the day since I was an infant.

OK, so this really isn’t an interesting pic but there are only so many options while you’re in the hospital! But this is the closest thing to a real meal I’ve eaten (or attempted to) in a few days. So that’s something, eh?
Literally dropping the phone falling asleep now so will close for now. Till later, enjoy the pic of good hospital food. 🙂